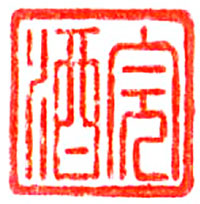 The Kasu orSakekasu is nothing more than the mothers obtained from the solid residues of rice that occur during the fermentation of sakeand are usually separated at the time of filtration.

It looks like a more or less compact paste, depending on the intensity of the filtration. Its color ranges from pure white at first to a hazelnut in older cases, going through a whole range, from shades of ivory to light brown to the entire range of beiges. It can be eaten fresh and fresh or ripened for several months and sometimes more than a year.

In its composition we find, in addition to the carbohydrates present during the fermentation of sake (starch and sugars), a wide range of amino acids, vitamins, trace elements and most importantly an innumerable variety of bacteria and healthy active components. , which will vary and increase over time, making it a first-class probiotic food that nothing should envy yogurt, kefir, kombutxa, kvass and so many others.

It is highly nutritious and is known to contain up to 12 times more protein and 17 times more fiber than regular rice.

In the kitchen it is often used as an additive to give more flavor to certain recipes, as in the case of soups known as kasu-jiru as an ingredient in making marinades called kasu-zuke to increase the humidity in certain stews or to vary the texture and flavor in meat and fish marinades:

A separate chapter is the use of sake-kasu as an essential element of alternative therapies and also in the preparation of almost miraculous beauty creams.

As it is a scarce product, as the wineries aim to make and sell sake, it is advisable to collect it when it is available.

SEDA LÍQUIDA offers it to its public in packages of one kilo and 500 grs.

This site is registered on wpml.org as a development site.